Hybrid effects are often exhibited asymmetrically between reciprocal families. One way this could happen is if silencing of one parent's allele occurs in one lineage but not the other, which could affect the phenotypes of the hybrids asymmetrically by silencing that allele in only one of the hybrid families. We have previously tested for allele-specific expression biases in hybrids of European and Africanized honeybees and we found that there was an asymmetric overabundance of genes showing a maternal bias in the family with a European mother. Here, we further analyze allelic bias in these hybrids to ascertain whether they may underlie previously described asymmetries in metabolism and aggression in similar hybrid families and we speculate on what mechanisms may produce this biased allele usage. We find that there are over 500 genes that have some form of biased allele usage and over 200 of these are biased toward the maternal allele but only in the family with European maternity, mirroring the pattern observed for aggression and metabolic rate. This asymmetrically biased set is enriched for genes in loci associated with aggressive behavior and also for mitochondrial-localizing proteins. It contains many genes that play important roles in metabolic regulation. Moreover we find genes relating to the piwi-interacting RNA (piRNA) pathway, which is involved in chromatin modifications and epigenetic regulation and may help explain the mechanism underlying this asymmetric allele use. Based on these findings and previous work investigating aggression and metabolism in bees, we propose a novel hypothesis; that the asymmetric pattern of biased allele usage in these hybrids is a result of inappropriate use of piRNA-mediated nuclear-cytoplasmic signaling that is normally used to modulate aggression in honeybees. This is the first report of widespread asymmetric effects on allelic expression in hybrids and may represent a novel mechanism for gene regulation. 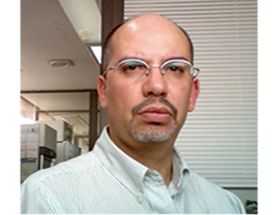 Biased Allele Expression and Aggression in Hybrid Honeybees may be Influenced by Inappropriate Nuclear-Cytoplasmic Signaling.